Lorio Ross Entertainment can provide you with a world-class comedian for any event in SE Michigan. 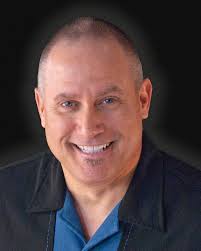 We have developed strong relationships with some of the most well-known comedians and comedy club owners in the country.

Our experience allows us access to the type of entertainers you simply cannot find anywhere else.

So, for a large corporate event, fundraiser/charity function, festival or a private party, let the experts at Lorio Ross Entertainment provide you with top-notch comic entertainment sure to keep you and your guests rolling in the aisles!

Some of our more popular comedians:

Contact Lorio Ross Entertainment today to book a comedian or request additional information for your next event!

For over a quarter-century, Mark has been making people laugh - in clubs, at colleges, casinos - you NAME it! You wanna "bet on a winner?" Bet on MARK KNOPE!

MARK has performed in 45 of these United States - with over 5,000 shows under his belt!

He covers his material in a fun and energetic manner - peppering in sound effects, quirky facial expressions and a few celebrity impressions along the way! He never stays on a particular subject too long - he shifts his show's gears from tattoos to golf...then, on to "dating grandmothers" and breast implants!

COMCAST'S Comedy Spotlight on the Road, COMEDY CENTRAL'S Stand-Up, Stand-up, Nightshift on FOX, America's Funniest People and Comedy at CLUB54 are all television shows that have featured Mark over the years.

Since 1986, MARK has had the good fortune of working with many HEAVYWEIGHTS in the standup biz! He's opened for George Lopez, Kevin James, Harland Williams, Richard Lewis, Bobcat Goldthwaite, Tommy Chong, Bobby Collins, and Tommy Davidson!

In December of 2004, Mark had the opportunity to share the stage with "Mr. Las Vegas" himself - Wayne Newton - at Cleveland's Palace Theater!

A streamlined delivery that takes the everyday into Bill’s unique reality. Bill Hildebrandt has the diversity required to appeal to a wide range of audiences. He’s shared the stage with many of today’s top acts, including Judy Tenuta, Rita Rudner and Rosie O’Donnell. In addition, Bill has opened for Huey Lewis and the News at the DTE Energy Music Theater in Michigan, and for the Doobie Brothers. For 12 years, Bill has been working in Las Vegas on a regular basis at the Riviera Hotel and Casino.

Listed as one of the “Funniest People in Detroit” by the Detroit Free Press, Bill is the only comic to headline an entire month solid at a Detroit comedy club.

Make no mistake: Bill is a surefire hit

Kevin Kramis has been performing standup comedy since he was an 18 year old kid. Too young to get into the bars in the States Kevin would drive to Canada to perform at Leo Dufour's Komedy Korner.   Now he's a regular in Las Vegas and also writes material for a number of comedians as well as a contributing writer for the Dr. Don Prep Sheet. Kramis is noted for his universal appeal, with stage presence and off-beat improvisations that captivate and involve audiences. Kevin works successfully before all kinds of people from mature, discerning audiences at outdoor venues like DTE to the inmates at the super-maximum security prison in Mansfield, Ohio.

likeability. With original jokes and the knowledge to make it all look made up every time… Clever “Clean Comedy is what he brings to the table. With a strong improv background, he takes you on an hour long “Comedy Vacation”.
While developing his own show he was lucky enough to work with such luminaries as Tim Allen, Jerry Seinfeld, Chris Titus & Ellen Degeneres, Now Mike has a polished act that he has performed in 48 states. He headlines the Comedy Stop at the Tropicana in both Las Vegas and Atlantic city, The Comedy Castle in Detroit, Funny Bone South Bend, & countless other clubs and colleges from New York’s Comedy on Broadway to L.A’s Ice House Whether a college, club or corporate audience, If you haven’t seen Mike Green, you just aren’t very cool!

There’s a special charm and attraction between Jim Carmody and his audience. With a smile that easily illuminates every stage he graces, Jim combines the perfect mix of comedy, magic and hilarious audience involvement with a visual style that’s all his own. Whether he’s vanishing a watch right off a wrist while mingling through a corporate affair, or executing one of his many trademark routines from his stand-up comedy show, Jim consistently dazzles his audiences, insuring your complete and total satisfaction

For FOUR successful seasons JOE NIPOTE played FRANKIE WATERS, the expert mechanic who lovingly cares for the Viper in, VIPER, the one-hour weekly action series produced by Pet Fly Productions in association with Paramount Network Television. Nipote is the only original member of the Viper team since it's inception in 1994 through 1999!

Growing up in Detroit, Nipote was determined from an early age to make a living as a performer. He earned an acting scholarship to Central Michigan University, but quit one semester shy of graduation to try out his talents in Hollywood. After supporting himself as a racquetball instructor among other jobs, Nipote landed a spot as one of five new up and coming comedians on HBO's "Fifth Young Comedian's Special.  In fact it was Legendary comedian George Carlin's wife, Linda who saw Joe one night on stage and cast him on the comedy special which featured the funniest and brightest comedians of the time. This appearance led to numerous television appearances and live engagements as Joe was requested by some of the biggest headliners of the day, opening for such acts as Tina Turner, The O'Jay's, Dwight Yoakam, Barbara Mandrel, Dave Mason, Judy Collins, Ben Vereen, Frankie Valli, Robert Goulet, Suzanne Somers, Freddy Fender, Captain & Tenille, Louise Mandrell, Tower of Power and countless others. After making a name for himself on the Comedy Club circuit, Joe was offered and accepted the morning show "host" position back in his hometown of  Detroit's on the oldest and most respected rock and roll radio station, 101 FM WRIF, where his improvisational, character driven humor, quickly endeared him to the listening public.

Following his year WRIF, Nipote returned to Oakland University and received his Bachelor of Arts degree. As a graduation requirement, he starred in the award winning play, "Amadeus" as "Salieri," and his committed portrayal of the disturbed composer won him a best actor award and selected to represent his state in the Irene Ryan Theatre Award Competition.

Longing for Hollywood, he subsequently took his act back to Los Angeles and became a regular contributor to the KIIS-FM morning show hosted by Rick Dees, where his "Candid Phone" as Jack Nicholson telephoning the LA Forum maintenance department to locate his sunglasses, that allegedly fell in the toilet during a Laker game, received so much attention for it's believability, that it prompted a call from non-other than the real Jack Nicholson himself, to inquire who was behind the crafty impression.

Television work followed, with Nipote appearing on Rick Dees' "Into the Night," Happy Days, "The New WKRP," The Jefferson's, "Normal Life," "Northern Exposure," and "Murphy Brown." Cast as Candace Bergen's secretary #48, Nipote was supposed to portray, a "self-absorbed secretary would-be comic from hell," but his performance proved so funny, he was asked repeatedly by the director Peter Bonerz who played the dentist on the Bob Newhart Show, to be "less funny," because his performance was upstaging the star of the show. Joe landed a few pilots that unfortunately either never made it or dropped his character which included, Sibs with Dan Castalenetta the voice of Homer Simpson, Jamie Gertz and Alex Rocco who played Moe Green in The Godfather and Unhappily Ever After from the producer of Married With Children.

In 1994 Nipote was handpicked by Steven Spielberg himself to play "Uncle Stretch" leader of the "Ghostly Trio" in Universal/Amblin's animated feature, "Casper." Joe followed the feature by bringing his ghostly character to the animated series on the Fox network as well as," "Trash" in "What-A- Mess," "Spider Spinelli" in the new "Superman," "The Mask," Disney's "Duck Daze," "Justice League Unlimited" and countless others.

Along with Viper and his cartoon series, Nipote has countless CD-ROMS including two of them FOR LUCASARTS: "Monkey Island" and "Grim Fandango." Monkey Island won CD-ROM game of the year, Joe played the wicked "Wharf Rat" and many of the "Pirates." In "Grim Fandango", he portrays no less than three lead characters as well as a lead character in the very popular Black Isle's, "Ice, Wind and Dale II." In 2010 Joe lends his voice for 5 different characters in the mega blockbuster Mafia II for 2K Games.

As Viper wrapped up it's successful 98-99 season, Mr. Nipote wasted no time and continued his work playing two roles in the Paramount pilot for CBS titled, "It's True," also from Pet Fly Productions. In "It's True," he plays "Uther" the lovable bridge troll and "Nick" the opinionated and often caustic espresso guy.

Joe also tried his hand at writing and had his first script optioned this year by Fox Family Channel for his story titled "Angel & the Mobster", a comedy about an overly enthusiastic angel sent down to earth to save an innocent soul caught in a mob hit. But after completing his mission, the angel hears the mobster's plea for help and without thought or hesitation, he saves the mobster, which creates a whole bunch of problems between Heaven and Hell.

Joe has continued to pursue his first love of acting in  movies, "Back By Midnight" in which he co-stars with Rodney Dangerfield playing the role of "Ears", a safecracker, then he followed with a small by hilarious performance in "The Last Tenor" also starring Rodney Dangerfield which is currently available at video stores, and also in "Cloud Nine" a new comedy soon to be released starring Burt Reynolds and "Soul's Midnight", a cheesy vampire flick in which he co-stars along with Armand Assante.

Joe has always been very passionate about performing and reading for children, something he has done since he was 16 and worked for the City Of Southfield Library where he was known as, "Conductor Joe" traveling to schools in a makeshift rolling theater and performing stories and puppet shows for children. Joe will come to your school and perform his soon to be published children's books, "Eggy Yolk™ and the Dirty Rotten Dozen©", "Something Stinks©!" & "Spinelli-The Spider Who Hates The Taste Of Bugs!"

Joe has returned to the stage after 10 years producing his own standup comedy shows for various charities all across the country called, "Joe Nipote's comedySLAM™, A Night Of Slammin' Standup Comedy™!"

Look for Joe on the big and small screen!